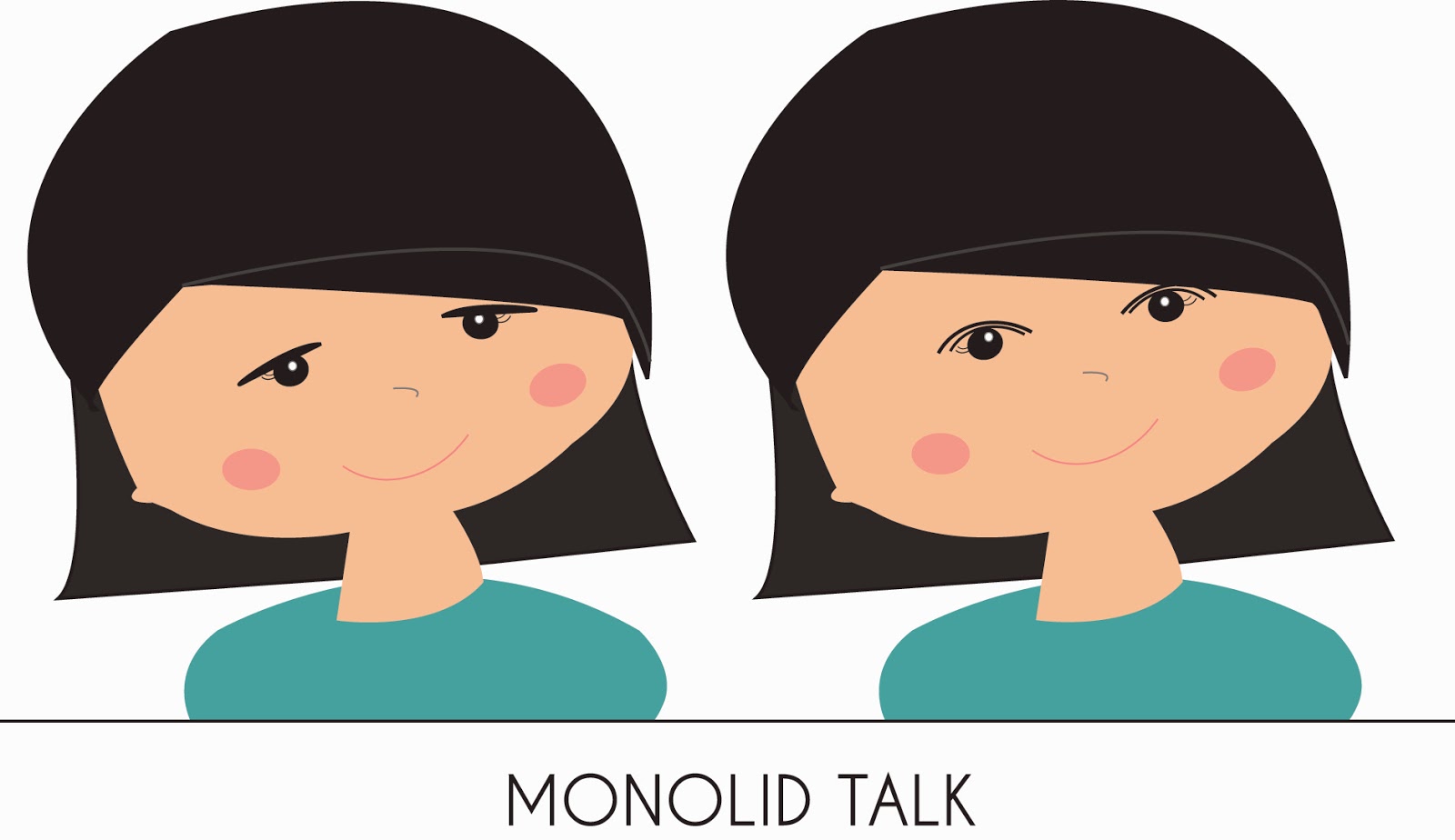 My older brother use to tease me a lot when I was younger. We always fought and I just never understood how we were related. That is one day when he told me I was adopted. He went on and on about how I was left in a dumpster and that my parents felt sorry for me and took me in. Obviously, this was completely false, but I was naive and believed him.

Even though I knew he was lying, I started thinking about how I felt like I didn't look anything like my parents. Mainly because my eyes were monolids (no defined crease on the eyelids) and my mother had double eyelids. I started thinking about it more and more and started to believe what my brother was telling me. I remember running up to my mother, crying my eyes out, and telling her that I knew the truth. I brought up the fact that we didn't look alike and how we had different eyes.

First, she told me I was crazy. Then she told me how she had double eyelid surgery. Which they cut a line in the eyelid and sew it up to create a fold or crease. This was done when she was in Korea and back then it was the "trend". There was the notion that bigger eyes were beautiful. She told me how all of the females in our family had gotten them. That lead me to believe that there was something wrong with my eyes and that I too were to get surgery when I was older.

My mother told me that she regretted the decision and that she hoped that I would never get surgery. She told me that my eyes were beautiful and hoped that I wouldn't change them. Instead of listening to her, I went against her and told her that she couldn't stop me when I was older and that once I turned 18 I could do whatever I wanted. Oh man, I was a brat.. wasn't I? I was never teased for being Asian or having small eyes, but once I had that conversation with my mother I just started to notice everywhere (especially in the media) how no one had my eye shape. In the magazines and even watching Korean dramas, everyone seemed to have double eyelids and I started to feel ugly and different. I even cut up thin strips of tape and put them on my eyelids to create a fold. I'm not gonna lie, I actually did like how my eyes looked with the tape on even though it was all crooked and left my eyes swollen in the end for having them on all day. My mind was set and I was ready for that day to come when I would be "normal".

As the years went on, I started to think of it less and less that was until I turned 18. My mother and I were at the mall and she took me to the beauty department. She told me I was finally old enough to start wearing makeup. So random. I wasn't allowed to wear makeup before. Lip smackers and lip balms were the only things close to makeup that I could wear. I remember every time my mother left the house, I would sneak up to her bathroom, raid her makeup, and put it all over my face. I also loved to sit next to her every morning and watch her put her makeup on. So, that day I could finally put on makeup.. now where do I start?

My eyes went straight to the Smashbox counter as I remember seeing them in the teen magazines and I thought that they were more hip then the Estee Lauder brand my mother was using. My mother was telling the girl at the counter that it was my first time with makeup and asked her if she could apply some on me. She looked nervous but agreed and started getting some natural looking makeup items for me. After she was done applying everything she handed me a mirror and when I looked at myself… I knew why she was so nervous. She had no idea how to apply makeup on my eyes.

My mother was telling me that it looked good (it didn't) and bought me some of the products the girl used on me. I didn't want to be rude to the girl after she tried her best so I just smiled and acted like I liked it. I remember thinking to myself that if that's how I looked with makeup on then I didn't want to wear makeup at all. With monolids, our eyelids have no fold so they tend to be "hidden" with our eyes open. The girl applied a very thin line of eyeliner on my eyes and you couldn't even see it with my eyes open so I was thinking, "What is the point of all this? Is this another reason I need surgery?" I actually thought that. Then the thoughts of surgery ran through my head once again.

Finally, I could wear makeup and I didn't like it.. at first. I loved to collect magazines and tried to follow their tips on how to apply makeup and it just didn't work out. I looked like a hot mess, but I would just keep trying to practice on myself and see what looks would look well on me. I started to also become obsessed with makeup.. especially EYELINERS. Now, I didn't have the greatest impression of it the first time with the girl from Smashbox, but I learned to play around with it and enhance my eye features. I went through many different phases with my eyeliner from thin to thick to SUPER THICK HOLY COW! But I liked that I could create different looks. It might sound weird, but through this process of trial and errors with makeup, it helped me appreciate my eye shape. That persistent girl that refused to listen to her mother and wanted surgery was in the past. I learned to love my eyes.

During this time, makeup tutorial started becoming popular on YouTube. I loved watching the tutorials but they still didn't help me much. But the glorious of YouTube is that you can find anything! There was this one girl with the username mulzanza and it was the first time I actually saw a girl applying makeup with my eye shape. I was so inspired by her that I quickly got my makeup and started to play around with colors. Through YouTube I also found Jinah Chae and fuzzkittie. They made makeup even more fun. I thought about uploading a video but I was too scared of embarrassing myself. What if no one watched? What if someone I knew found it? It wasn't until I was home from college for the summer that I found myself bored and watching YouTube videos all day everyday. Fuzzkittie was having a contest and you had to recreate a timeless beauty look. I thought why not and if I don't win I'll just delete the video.

I got out my camera and recorded a natural look. That day I edited it, uploaded it, and submitted it into the contest. Fuzzkittie commented on it and I fangirled a bit that she actually watched it. So I didn't end up winning the contest. There were far better entries than my dumb one but something happened during all that. I started getting subscribers. That was a complete shock since that wasn't my intention and it was suppose to only be a one time thing. I had girls saying that they could relate to me and that we looked similar. So that gave me the confidence to start uploading more tutorials. Looks that I have done on myself. I was also still learning how to apply makeup. So I thought.. we can learn together.


I continued to make videos and I've had some breaks here and there (I will be back soon.. promise!). I'm not an expert and I'm still learning. I think the greatest part of this is reading comments, emails, and messages of girls saying that I've helped them in some way. Whether I helped them apply eyeliner on our monolids or making them laugh by me being stupid.. the fact that they let me become an unni (big sister) to them is quite touching. I wouldn't have thought my experiences would help or relate to other people, especially young girls who may be feeling the same way I use to. If I could help them love their eyes, love themselves, help them realize that the tiny fold or crease is meaningless and that it doesn't make them any less beautiful than they are.. then I guess my job is done. I wish that there was someone like that when I was younger. Thinking about it, I guess there was someone - my mother. She always told me I was beautiful (minus the awkward puberty days). It just took me a while to realize it.